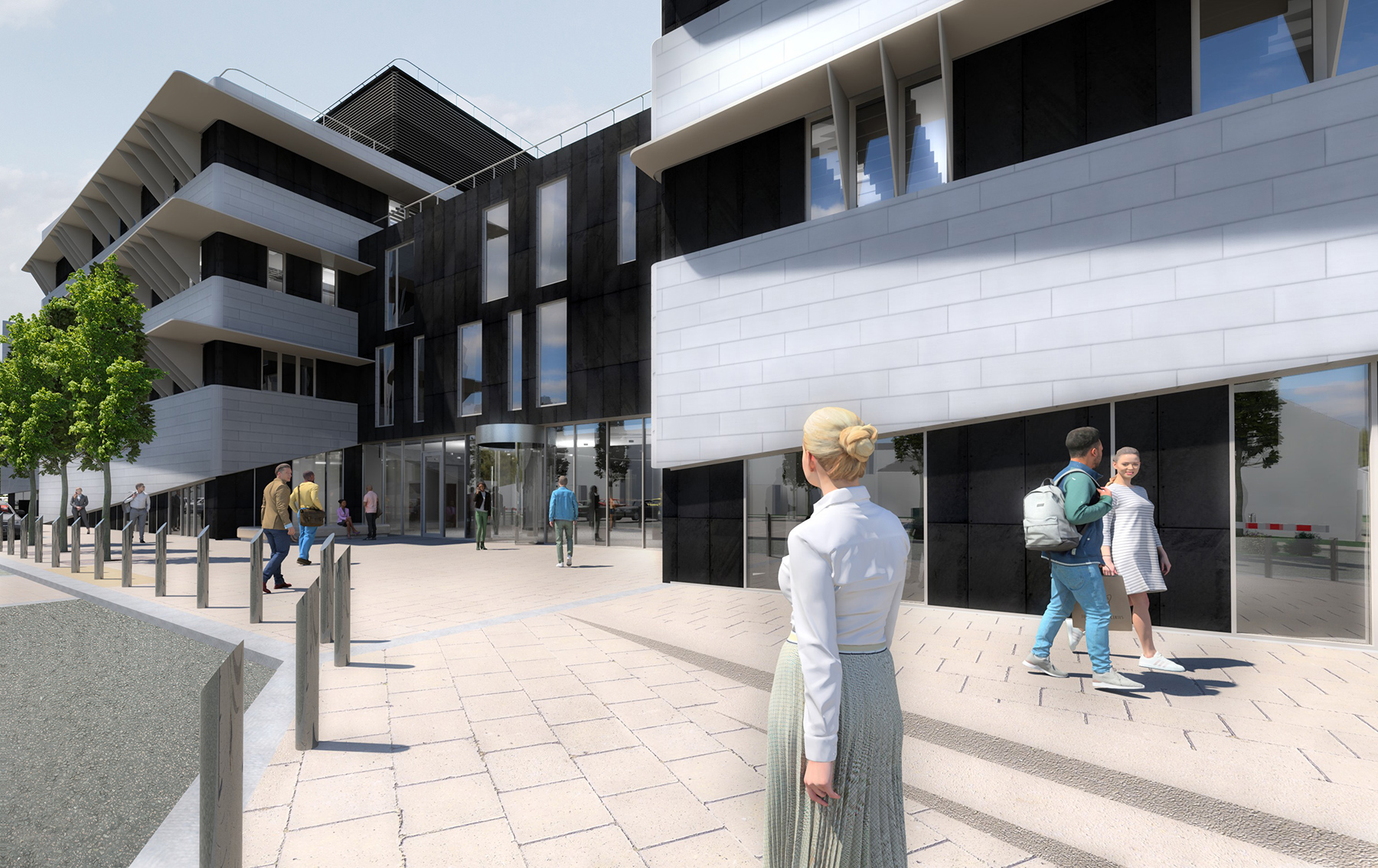 Richard first joined the University of Leicester in 2000, after completing a PhD in Physics at the University of the Witwatersrand in Johannesburg, South Africa. Since then he has lent his expertise to a number of international space missions, including the Swift Gamma Ray Burst Mission and ExoMars. Over the past decade, Richard has been leading the development of radioisotope power systems for the European Space Agency.

He has also previously chaired the UK Space Agency’s Space Exploration Advisory Committee and serves on a number of national and international committees.

Vaughan is passionate about great service delivery. He has helped organisations in the public, not-for-profit and commercial sectors in various roles, including as IT Director, Operations Director and Head of Transformation. He also built a business improvement system for IT companies that was taken over by a global organisation.

His mission at Space Park Leicester is to provide all its users with the tools and support they need so they can focus on their growth and success.

In his spare time, Vaughan runs a local community football club for players aged 5 – 19, and tries to cycle and run a few times each week.

Will graduated with a federal history degree from the University of London in 1994 and he completed an executive MBA with distinction at Leicester Business School in 2004. He is a fellow of the Chartered Management Institute.

Head of Strategic Communications and Marketing

Alex is an experienced and creative marketer and communicator. He has experience within the engineering, third and higher education sectors.

He enjoys strategy development and planning and thrives on developing successful teams.

Excited by the growth of the UK space sector, he’s looking forward to telling the story of Space Park’s impact on everyday lives in the years ahead.

Chris has a passion for customer excellence. A career in the hospitality sector, and extensive event management experience, positions Chris perfectly to lead a small team supporting our partners at Space Park Leicester. Partner Support are here to ensure the Space Park community realises its potential to successfully collaborate and grow.

In his spare time Chris is a keen golfer and sports fan. He enjoys experiencing new cultures on his travels.

Arjan is a business professional whose commercial acumen has been demonstrated over two decades of advising senior people in sectors including energy, financial services and construction. He prides himself on his culturally aware, customer-orientated and results-driven approach.

Having worked in technology innovation, Arjan was drawn to Space Park Leicester’s potential to be a major component of the UK’s Space sector.

Arjan is a qualified accountant. He holds an ACCA fellowship and has a BSc International Economics degree from Loughborough.

Away from work he is a keen football follower and family man.

Fiona joined the University of Leicester in 2013 following a number of years working in retail customer services. Having completed an apprenticeship in Business and Administration, Fiona furthered her education through ILM Management and Customer Service Practitioner programmes.